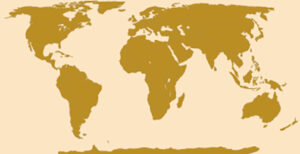 The Commission That Changed Everything

The Great Commission is an extraordinary set of words. These are some of the last words spoken by Christ before He ascended into heaven. In these words, is a statement of authority followed by a command from that authority. This command has directed world events in this final section of human history. There are two times (at least) God sent people out to the farthest reaches of the earth. The first surrounds the events of the Tower of Babel in Genesis 11:1-9. God caused the world’s population to scatter across the distances of the earth, and their boundaries were established (Acts 17:26). The second is found in Matthew 28:18-20 and Mark 16:15-16. Jesus sends His disciples to the ends of the earth for the sake of saving souls. These two events have a profound effect on world history. The first spread mankind to settle homes, towns, and cities built amid vast continents across oceans. That event was limited to one point in time; it had its effect and it never happened again. The second, however, sends out workers across continents and islands, oceans and seas, seeking the lost. This is an ongoing effort that will never end until God brings it all to an end. The words of the Great Commission demand and expect world exploration. This does not come from a first century Jewish or Romans mindset. By contrast the Great Commission comes from God’s perfect view. The words of Matthew 28:18-20 link with knowledge of past prophecies, future events and conditions of the world. It has a flawless understanding of mankind and its future.

Sin is the problem. The only solution is the Gospel. All people who sin against God will die in their sins without the Gospel of Christ. Ignorance excludes no one from judgment. Thus the Great Commission is all the more vital and pressing. This is not some petty suggestion or gimmick for church growth that can be discarded at will. Without the Gospel people will die in their sins. Mankind desperately needs salvation, and Jesus sends His servants out on the perpetual task of love and compassion, which goes to the far reaches of the earth until God brings it to an end. This commission is the greatest form of compassion one person can share with another. The love of God and the love of man are expressed in the fulfillment of the Great Commission. Innocence is destroyed every day as sin is committed by the next generation. Colossal and common mistakes are made in ignorance and lives are wrecked and placed under the weight and consequence of sin. Souls are lost daily in death and eyes are lifted up in torment (Luke 16:23). The need is dire.

Every congregation and every member must be made ready for evangelism. A congregation that is divided or has internal problems cannot be regarded as reliable or currently able. This does not excuse it from anything. A congregation must correct itself and move forward in all responsibilities, including the Great Commission. It must be matured and prepared for the work. How is this done? This is done one day at a time and one lesson at a time by steady teaching and example. If a congregation is not already given to local evangelism, it cannot be considered committed to saving souls across the world. If a congregation must be sold on the idea of evangelism, then it is truly immature and lacks strength in numerous areas.

Matthew 28:18-20 And Jesus came and spoke to them, saying, “All authority has been given to Me in heaven and on earth. Go therefore and make disciples of all the nations, baptizing them in the name of the Father and of the Son and of the Holy Spirit, teaching them to observe all things that I have commanded you; and lo, I am with you always, even to the end of the age.” Amen.

Mark 16:15-16. And He said to them, “Go into all the world and preach the gospel to every creature.  He who believes and is baptized will be saved; but he who does not believe will be condemned.