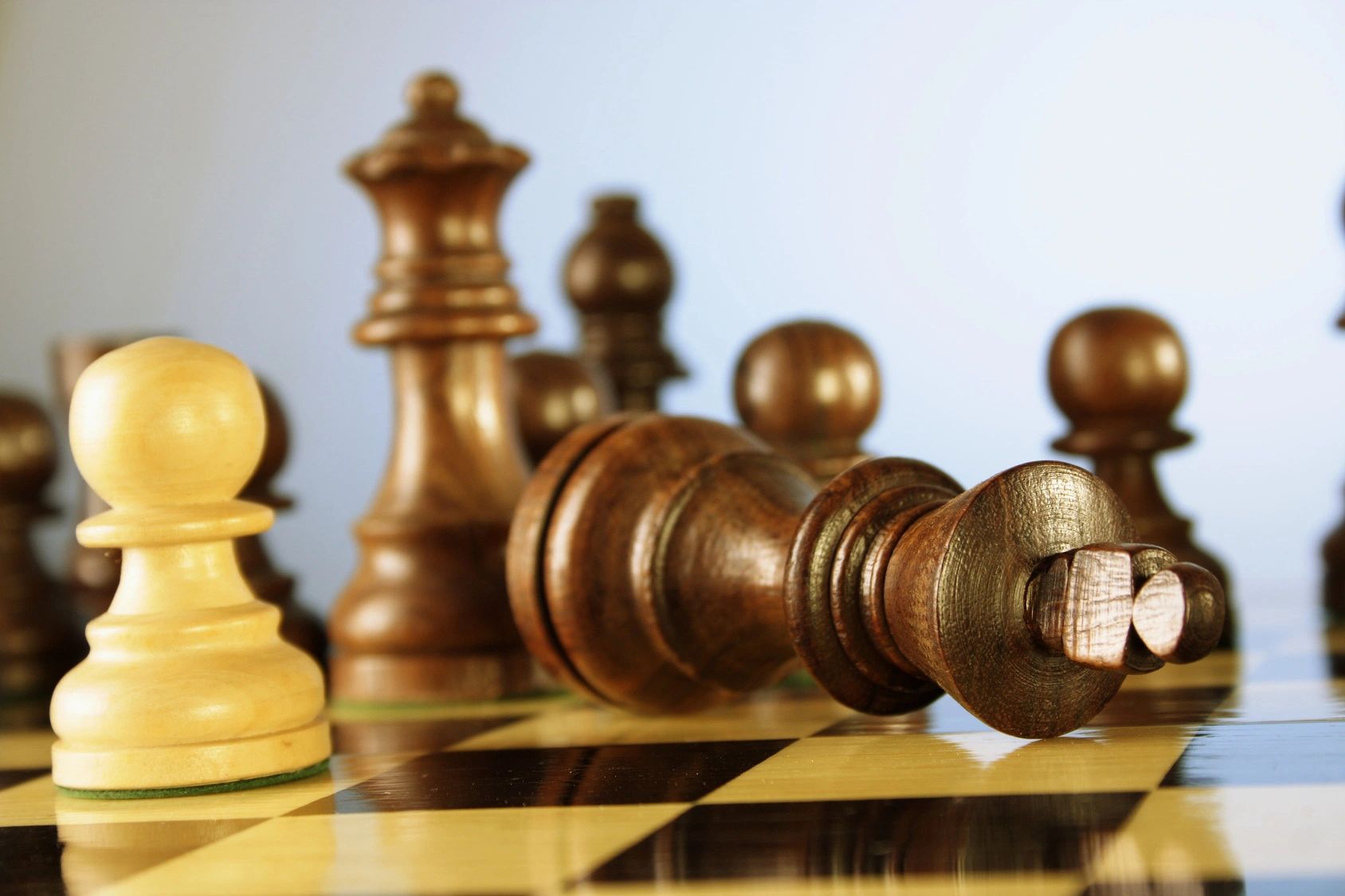 As a child we had a cabinet where games were stored. Whenever company came, we would bring the games out and play. There was the usual selection including the chess and checkers set. It had a black and red board with plastic pieces. I was not good at either.

The problem as I see it with checkers is a rule I never liked. Those who were aggressive in the game always stuck to the rule of mandatory jumps. If your opponent presented you with one of his pieces to jump you had to take it regardless of any choice on your part. It was not an option. You had to take it even when it was not in your best interest to do so. That was the point. To me there was always a bit of dishonesty in this rule. When your opponent set a trap and wanted you to fall into the trap by jumping one of his men then he would show you and tell you what you must do. It is compulsory. But if your opponent made a mistake and did not want you to jump his man, he was not likely to point that out. He was not so willing to force you to take one of his men he wanted to keep. It appears that mandatory jumps are only mandatory when it benefits your opponent. That little rule always bugged me. I preferred to make my own choices and not be forced into one I did not like.

Chess was more complex than checkers but there was no rule of “you must take the piece I present to you.” The choice is to do as you like. You could take or decline. I liked that in chess. But there is a German word that is used in the chess playing world. That word is zugzwang. Though it may seem as though I made it up it describes the position ofbeing forced to move a chess piece out of necessity while also to your disadvantage. Though this may seem the same thing as in checkers it is not. In chess it is a matter of protecting you king or other important pieces. It is a defensive move made by your own choice. If you do not safeguard your king, you will lose the game. You are not forced to do anything by compulsion but by way of continuing the game and not losing too quickly.

Satan wants to present a world where we never have a choice but are always under compulsion to do wrong. This is Satan’s ideal, and it is commonly called necessary evil. Satan takes wickedness and rebrands it as practicality. We must lie. We must cheat. We must bury the truth, be silent and allow evil to do what it will and that protects us. It is necessary for survival. We are allowed to keep our job, to keep our place in society and keep our lives. Satan would prefer a world devoid of virtue, a world where wickedness is the only choice, a world where he sets up the problems and we are obligated to choose his solution. His solution will always be evil and deliver greater consequences. Satan wants us forced into his traps by compulsion. No privilege is given to consider the moral options. The answer is always wrong and always to our detriment. Put on the whole armor of God, that you may be able to stand against the wilesof the devil (Ephesians 6:11). There will always be wicked plans from Satan.

While traps abound, Christ is here to help, and His help is powerful. In Luke 22:31-32 Jesus tells Peter what Satan wants to do. And the Lord said, “Simon, Simon! Indeed, Satan has asked for you, that he may sift you as wheat. But I have prayed for you, that your faith should not fail; and when you have returned to Me, strengthen your brethren.” Do you think it possible that Peter was the only one Satan ever wanted to sift as wheat? He would sift us all.

It was a night filled with fear as Peter denied knowing Jesus. Jesus knew this was going to happen and that Peter would return to Him. In the moment of being asked about his being with Jesus, Peter thought he had to lie to survive. Now as Peter was below in the courtyard, one of the servant girls of the high priest came. And when she saw Peter warming himself, she looked at him and said, “You also were with Jesus of Nazareth” But he denied it, saying, “I neither know nor understand what you are saying.” And he went out on the porch, and a rooster crowed. (Mark 14:66-68). Satan presents the predicament (dangerous forces in action against Jesus) and then presents the solution to Peter (deny Jesus). Was Peter forced into this? No. It was his choice. We always have a choice to do right and God will help.

1 Corinthians 10:13 No temptation has overtaken you except such as is common to man; but God is faithful, who will not allow you to be tempted beyond what you are able, but with the temptation will also make the way of escape, that you may be able to bear it.