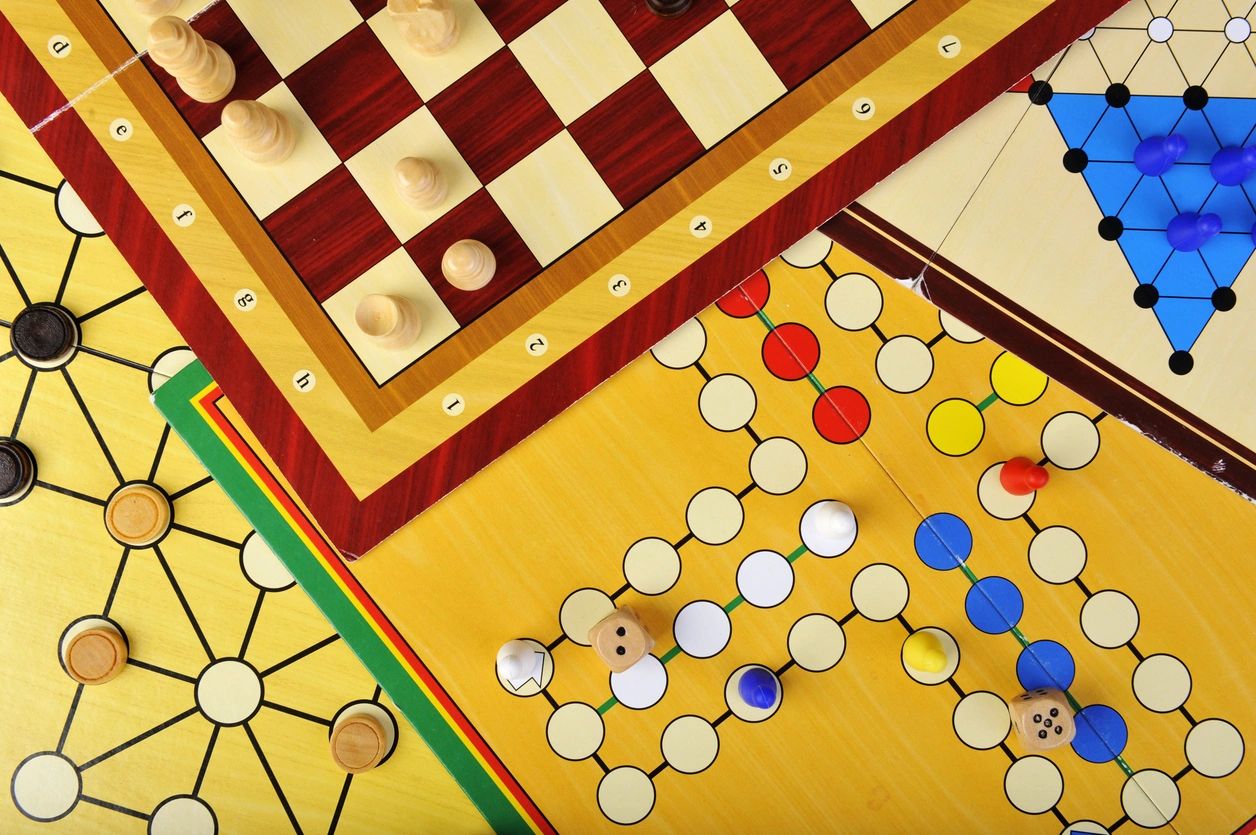 We always had a cabinet for games. In that cabinet was the ever-present red and black board for checkers and chess. Then there was a collection of games that grew with every birthday party. We enjoyed playing them. These board unfolded on the table and away you went. It was a social, developmental, and telling. We knew who the poor losers and the pouters were. There were certain kids my sister (the oldest of us all) would let win. It made for an easier and less emotional evening. She knew it was best to allow guests leave contented.

As children we were introduced to games by older friends and siblings. That is how we learned to play. But how did they learn to be able to teach us? They too were taught by kids older than them. Then how did those older kids learn? Good question. They likely learned a few years earlier by children older still. Did anyone take time to read the rules? How long ago was it that someone read the rules to be the first teacher in this chain? This way of learning brings problems.

Who knows if the rules taught are correct? You cannot know unless you read them. All it takes is for one child in the chain to forget, misunderstand, or purposefully rework the rules. All taught by that child will spread the error to others down the line. This leads to an ever-increasing number who play the game by altered rules and not as the game was designed. As a child I doubt I ever played Monopoly by the directions printed under the box lid. I remember playing it one way with a group of friends and then came my cousin who had rules unheard of. Did the actual rules of the game promote these variations? Some were so peculiar that it led us to wonder how all others missed it. In a matter of language and logic the instructions for playing Monopoly allow for one interpretation. That is how the game is played. Adaptations and variations do not come from the official rules. New things were easily introduced. None questioned it and did not know to question it.

I was subjected to Charlie (there are many Charlies in the world). He was a year older and larger than me. Charlie was highly competitive and a poor winner. He always won and let you know it. At age eleven he would have held press conferences after each victory if the press would only show up. If Charlie lost a competition to anyone, and he did, he would not sulk or stomp about in a fit. He would explain the twisted technicalities as to how he was the winner after all. Would he cheat? Yes. Would he make up rules for advantage? Yes. Charlie would go as far as he could to gain the upper hand. He preferred easy targets. He would never challenge anyone who could run him over. He also thought it best to play against someone new to the game. Charlie did not win friends. I first heard of the word “obnoxious” from a girl who had a competitive run-in with Charlie. The amusing thing is, I did not need a dictionary to learn what it meant. I knew Charlie. He was the living definition of obnoxious.

If no one is using the rules, then how do you know when something is against them? You can’t. If no one is following the rules, then no one can be judge either. The rulebook, the very thing showing right from wrong, is not consulted. What else is there to base a judgment? This would require reading the rulebook and following the instructions. That would require starting the game over. You would not reform the false rules. That would be another path of error – more false rules. You would have to restore the real ones.

Denominations (variations) are manmade. The message of the Bible allows for one meaning. Subjectivity and creativity only obscure the message. As 2 Peter 1:20 notes, Knowing this first, that no prophecy of Scripture is of any private interpretation. There is only one law of Christ, there is but one way to properly understand it. His law does not bring about denominations. Men do that.

The religious world is full of charlatans (Charlie). They make things up for their own benefit. This is not limited to cult leaders like Jim Jones whose desire is to fleece followers. Religious leaders of all types may make things up to avoid sections of God’s word that are currently unpopular. This is done while calling Christ Lord. Mark 7:9 He said to them, “All too well you reject the commandment of God, that you may keep your tradition.”

How can you know the distinction between right and wrong? We are called to make proper choices. How can that be done blindly? That is why the Bible has been preserved through time. Who will be final judge? The judge will be Christ. How will He judge? By the one and only rulebook given through time in sixty-six separate books. Revelation 20:12 And I saw the dead, small and great, standing before God, and books were opened. And another book was opened, which is the Book of Life. And the dead were judged according to their works, by the things which werewritten in the books.