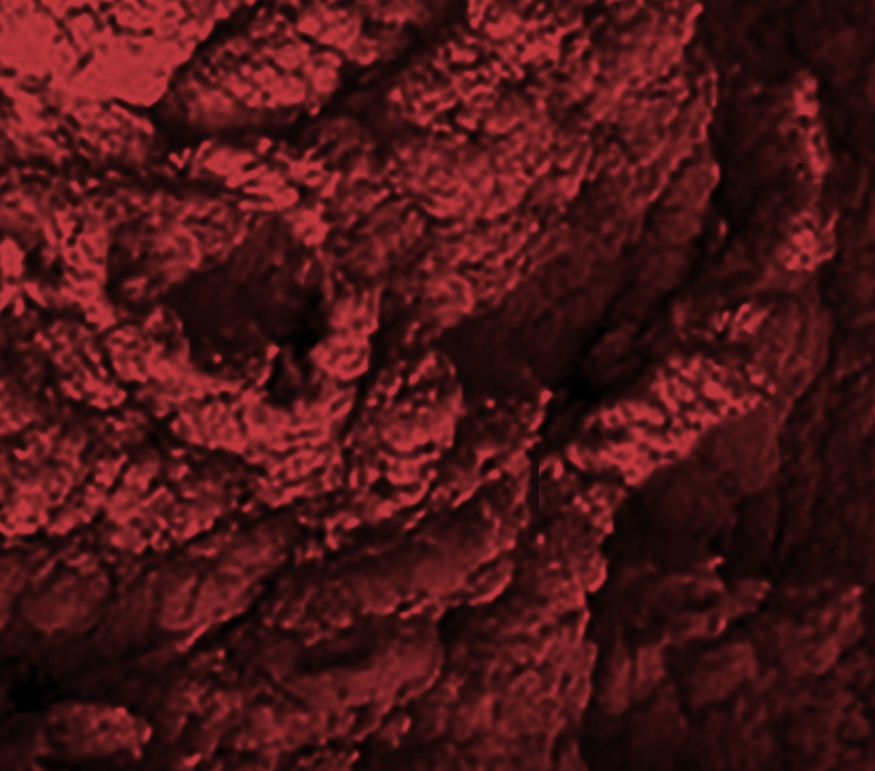 Matthew 13:41-42 The Son of Man will send out His angels, and they will gather out of His kingdom all things that offend, and those who practice lawlessness, and will cast them into the furnace of fire. There will be wailingand gnashing of teeth.

Do you think there will be a language in Hell? We cannot know if those in Hell will be talking to each other. Perhaps they might, but in a place of wailing and gnashing of teeth none of it will be hopeful or pleasant. As far as subject matter goes there will be things to say about the condition of Hell even when it does not change. A lot can be said about what is not there which does not change either. But is there a current word among human languages that can adequately describe the horror and perpetual hopelessness? For those finding themselves cast and locked into a lake of fire that easily swallows Death and Hades (Revelation 20:14), there may be many new words developed from inside. The extent of these would-be words could only be fully comprehended by those in Hell. If there is a word that describes every destructive emotion intensified and stretched to its breaking, then that would be a word suited to begin describing existence in Hell. It is torment. We have words like sadness, fear, regret, loathsome and sickening. But these words only relate to the rather limited degrees of those feelings faced here on earth. In Hell these words and feelings must become stronger to explode and mushroom with the death of hope.

Sadness in Hell will occupy the greatest levels of despair one could ever experience. It is a depression crushing the soul in a place of no resolve. You cannot pull through to the end of eternity. You cannot pull through to the end of Hell. There is no end of either. No easy day awaits. There is no destination in Hell other than Hell. There will never be help. Nothing will improve to make one moment or one place less bad than the next. Can the adaptable human spirit adjust to this? No one adapts in the eternal wait for never.

Fear in Hell is beyond anything known on earth. Currently Satan and demons have a greater concern of Hell than most men. Satan knows his time is short (Revelation 12:12). Thus, he works with a greater anger. Demons are afraid of what God has planned and promised. The group of demons known as Legion (there were at least 2,000 of them – Mark 5:13) pleaded with Jesus in Mark 5:7 And he cried out with a loud voice and said, “What have I to do with You, Jesus, Son of the Most High God? I implore You by God that You do not torment me.” Legion understood what torment awaits. These demons could not have known firsthand but still wanted to avoid it.

As for loathsome, nothing could be hated more than Hell. Nothing could bring about such devastation to the human soul, a sickening to the very core of our being. The terror inside breaks the imagination. Think of the worst thing possible and Hell will surpass it in the unimaginable scale and weight. Hell is the tragedy in which all other tragedies lead. Hell has no greater word to describe itself than its very name – Hell. Satan does not rule there nor would he ever want to rule there. 1 Peter 5:8 tell us, Be sober, be vigilant; because your adversary the devil walks about like a roaring lion, seeking whom he may devour. Peter says Satan is here on the earth as Revelation 12:12 also describes. He is called the “god of this world” in 2 Corinthians 4:4 (KJV). Hell is an eternal prison. Satan does not want to be there; he is prisoner number one. Hell is designed for him as found in Matthew 25:41 “Then He will also say to those on the left hand, ‘Depart from Me, you cursed, into the everlasting fire prepared for the devil and his angels.’” Why join that crew?

It would be bad enough for Hell to last a couple of minutes. But that is not how Hell is designed. It is designed by our Creator to be the worst place possible for His enemies. This is where final justice is served. The pity and the harsh reality leap from that thought. God who loves us will cast away His enemies forever. We can make ourselves an enemy and punishment will not be brief. It is everlasting. In Hell it will not matter if the years flit by or each minute struggles from second to the next miserable second. Eternity is never diminished. There is always infinite time. There is always the next minute, year or eons. God did not create us for this, and we are not suited for it.

Why would God create such a place? The fact that He has created it tells us sin is a serious matter and He is serious about it. He does nothing thoughtlessly or without just purpose. He does nothing without love. We need to ask the next question: What has God done to help keep us from Hell? His Son died on the cross. That demonstrates His love toward us, but also the severe gravity of sin. If that is what it took to keep us from Hell, then sin and Hell must both be very bad. The love of God demands a means of mercy because the justice of God demands just punishment for sin.