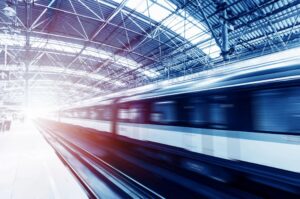 The problem with a slippery slope is you cannot see the bottom. How far does this go? How do we stop? Immorality puts us there. It happens with moral compromise. Something is permitted when it should have been stopped and avoided. That first compromise is the first step onto the slippery slope. There is no going back. As an individual there can be immediate correction. But as a society at large it may never be corrected for a long time. In that time a nation can slide into the pit of sin where it is unrecognizable. This is not the same people only a generation ago.

Satan works us by increments into compromise and sin. If he cannot move us by a mile then, he will try to move us by inches. If he cannot move us by inches, then it may be done by miniscule measurements. If that does not work, then Satan waits for the next opportunity to try anything. He is skilled at corrupting people and he does not give up. He is accustomed to seeing civilizations turn on themselves. He brings the division that did it. His hands in humanity work turmoil and bloodshed.

Choose Your Level of Wickedness

Most people have a limit to their desired level of sin. To begin with each person can stomach so much and then want to stop. They see an ideal world, a fantasy world, for themselves where they can sin as they please to the level they please and it goes no further. That is the point of imagined happiness. At that point there is no apparent consequence, there is no foreseen harm, there is a satisfied combination of good with a bit of enjoyable sin. Most people do not start their lives desiring to be degenerate, decadent and perverse. Nor do they want to think of themselves in that way. In viewing the people around them, they see some going further into sin and taking greater risks. Others do not go as deep and that, perhaps, is fine. Sin moves us downward. It will not remain at our stopping point or at some comfortable destination. Satan may move us into sin by milestone after milestone, but he is never through. There is always a worse condition of wickedness and into a depth we never imagined – but he has.

Romans 1:21-22 because, although they knew God, they did not glorify Him as God, nor were thankful, but became futile in their thoughts, and their foolish hearts were darkened. Professing to be wise, they became fools.

There is poem written in 1890 entitled Death and His Brother Sleep. It was written because of a catastrophic train wreck in England. In The poem is the question “Who is in charge of the clattering train?” The final answer is “Death is in charge of the clattering train.” No one on board was aware the train raced forward without anyone in control. The fire continued to burn in the firebox full of coal, the water continued to boil and steam, and the engines rushed blindly down the track. All was done without the watchfulness of the engine driver. He and the stoker had fallen asleep. That is when death was in control of the train. So, what happens when death is in control?

There is a train far more dangerous. People board it not knowing where it is actually bound. They naively think they know. They believe it to be safe. They expect it will stop and at the station they want to go. When the train is wickedness it never stops. Who is in charge of this clattering train? Satan. It is ever so easy to board. But it took the death of the Son of God in order for us to leave the train. So, what happens when Satan is in control?

In this culture there is a runaway train. Many have been on it for a long time. And no doubt it seemed to be a pleasant ride until they saw their preferred station whiz past in a blur. The landscape changed as did the fellow passengers who did not mind the speed or course of the train. The weather grew threatening and sun began to set. Where is this train going? To the worst place Satan can imagine. If he is in charge that is where it will end up – division, turmoil and bloodshed.

The church is not on that train. Christians should never be enticed back on. The good news is anyone can get off. But the solution is only found in Christ. Nothing else will work. If you do not like the solution offered by Christ, then there is no hope. You can never leave the clattering train. And no one will enjoy the final destination.

Romans 5:8 But God demonstrates His own love toward us, in that while we were still sinners, Christ died for us.