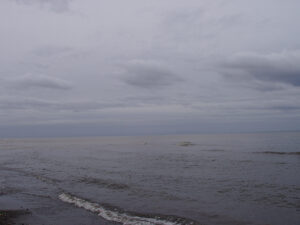 There was a ship which sailed on the ocean with thousands of lives onboard. As they journeyed the ship began to sink. The captain informed the passengers there were lifeboats with room for everyone. There was time enough to get in a lifeboat, so no one had to die at sea. But among the passengers were differing attitudes and opinions.

One group believed the ship could never sink and thought it would easily make it to port without trouble. These refused to be bothered and continued as they were. Anyone who thought the ship was sinking was seen by them to be fanatical or naive. (Matthew 13:19)

The next group believed the captain’s words. They believed the ship was sinking but wanted to take everything with them on the lifeboats. It was not enough to be saved from a disaster at sea. They must be saved in the preferred way with all baggage and conveniences in tow. These boats were overloaded with things they were not designed to carry and soon capsized (Luke 18:18-25).

Another group went from lifeboat to lifeboat wanting to be with people most like themselves. They wanted to be with people of the same age, social class, likes and interests. They needed to relate with everyone in the lifeboat to be saved. A boat filled with the poor or small children or widows and elderly would never suit. These walked away from the lifeboats and so remained onboard with those who did not think there was danger. They spent their remaining moments hoping the sea would not take them. (1 Corinthians 1:26-31).

A group of powerful men procured a lifeboat to exclude everyone but the notable, impressive and important people. They made their lifeboat restricted to themselves and those they approved. Saving everyone was not their idea as they kept out the undesirables. Soon there began a dispute among themselves and in the ruckus, they overturned their lifeboat, and all were lost. (Matthew 23:13)

There was yet another group, a small group. These believed the captain and knew the ship was sinking. These were seen as fanatical by some. But they were not ashamed of being saved. To others this little group seemed too simple and all too willing to leave everything behind. All they wanted was their lives and would do everything necessary. To others still they were too common or inconvenient or dirty and despised. In the end this small group of humble, common folk were the only passengers who survived (Ephesians 4:1-6).

This last group lived because all they wanted was salvation. The rest perished with their desires.