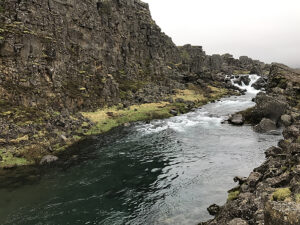 I know your works, your labor, your patience, and that you cannot bear those who are evil. And you have tested those who say they are apostles and are not, and have found them liars; and you have persevered and have patience, and have labored for My name’s sake and have not become weary. Nevertheless I have this against you…These are the words of Christ to the church at Ephesus in Revelation 2:2-4. Revelation is written to the seven churches of Asia to prepare them for what was going to “shortly take place” (Revelation 1:1). Many chapters in the book describe harsh events that will begin to occur in their lifetime and would affect them. Christ warns His churches of these things and encourages them to overcome. The message of Revelation sounds extremely urgent and critical where time is in short supply and terrible persecutions would begin. Yet Christ took the space of two chapters in Revelation to correct these congregations. Why would He do that?

To us it may seem trivial, but Christ is interested in the purity of His church. It appears that purity too is critical. It is the answer to the trials coming their way. When faced with impending conflicts and devastating events it is even more important. No one can face persecutions or tests without it. A state of readiness for the church is balanced on purity. This is what arms the Christian. There must be complete faithfulness to the whole doctrine of Christ without corruption to that doctrine. Teaching it is not enough. The intent to commit to it is not enough. The whole armor of God must be worn and used. A Christian or congregation without it is vulnerable to everything Satan brings. No one is protected by the breastplate they never put on or the shield they never picked up. At some point such a stained and polluted congregation ceases to be His church. Jesus will not protect a congregation that is self-styled. They do not belong to Him even if they think they do.

His knowledge and judgment of each congregation was thorough. He knew their history and their current conditions. He could recite their deeds. He understood their problems. And He did not want them to be hit by the severity of trials without preparing them. Some of them could not face these persecutions because of their degenerate state. Five of the churches had persistent problems. These problems would only get worse in times of trouble. A church can withstand terrible persecutions from outside when there is spiritual strength within. Spiritual corruption and compromise will cause a congregation to fall to pieces in the best of times. Ephesus had left their first love. Sardis was dead. Laodicea was lukewarm. Both Pergamos and Thyatira had allowed false teaching. One congregation had done well in the past but was now faltering. Another congregation which did not have a faithful history was making steps for the better, but was still lacking. These conditions had to be corrected.

Faithfulness in a congregation is vital. The doctrine of Christ is the charter of the church. It is His testament and is unchangeable and set. Any attempt to modify the doctrine of Christ is an affront to Christ Himself. It is there by His authority. Any change will do great and eternal harm to souls and to the body of Christ. Action against His teaching has the effect of taking a part of the army of God and turned it against Him. It is the act of stripping His children away from Him. Christ knows the truth about His churches. He knows who is faithful and who is not. He recognizes the wheat and the tares. He knows the strength and the weaknesses of every congregation. It is time to take notice but not as a Pharisee with hypocritical eyes against others, but as a tax collector looking inward (Luke 18:11-14).