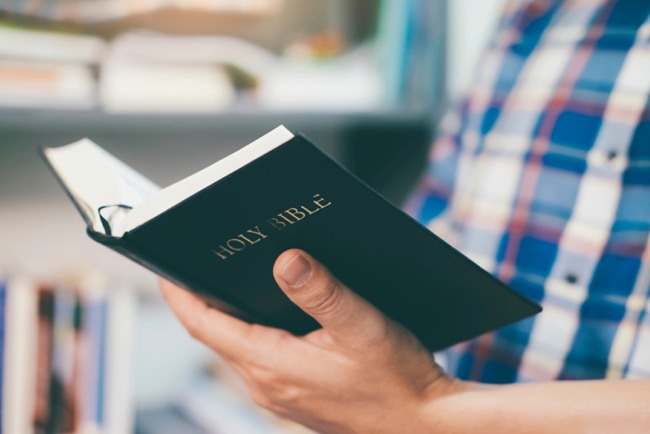 There are two things that are certain. The first is that God’s word will never be destroyed or found to be false.

Isaiah 40:8 The grass withers, the flower fades, But the word of our God stands forever.”

The second is that error will be found out.

2 Corinthians 10:4-5 For the weapons of our warfare are not carnal but mighty in God for pulling down strongholds, casting down arguments and every high thing that exalts itself against the knowledge of God, bringing every thought into captivity to the obedience of Christ,

Let us begin with the first certainty. If someone came to you claiming to have rare and ancient documents which proved without doubt that the Bible cannot be from God and that Jesus of Nazareth was a fictitious character- what would you do? Would you buy it to bury it? Would you try to burn it? Would you ignore it? Your answer would say a lot about your faith. If you think that any document (ancient or modern) could possibly prove the Bible false then your faith is not with God. If you think that somewhere actual proof against the Bible might surface or has surfaced then you have no faith at all. Nothing destroys the word of God. On the other hand, if your faith is in a lie (even if you think it is the truth) then evidence will arrive anytime to disprove it. What do you do then? Destroy it or follow the truth?

Now we go to the second certainty: error will be found out. Sometimes lies can be exposed in the strangest ways. Lies are so helpless that even a second lie can help uncover the first. In the early 1980’s, a man by the name of Mark Hofmann began a career dealing in rare books and documents. He was so good at finding unique, historical items that some believed he came upon them by the will of God. The first of his findings was when he accidently found a paper called the Anthon Transcript. It had been lost for over a hundred years. In 1828 Joseph Smith had jotted down some of the writing from the golden plates he was supposed to be translating into English. Since the golden plates were never seen by anyone but Smith this would be the only example of the writing from the plates which he claimed was Reformed Egyptian. The Mormon Church leaders (who are supposed to be inspired) bought the document immediately. A Mormon scholar actually translated the Reformed Egyptian into English. What is the problem with this? It was a forgery. Hofmann made the document- characters and all. Thus a lie exposed a bigger lie. These men are not quite as inspired as they let on, and I am sure Hofmann laughed to hear his drawings were actually translated.

Before Hofmann was discovered to be a seller and producer of fraudulent objects he sold the Mormon Church several documents with embarrassing implications. He knew they would buy them to hide them. One such item came to be called the Salamander Letter. This was purportedly Joseph Smith’s earlier version of how he came upon the golden plates. In this account a spirit in the form of a white salamander refused to let Smith dig up the “gold bible.” The salamander hits Smith and made demands on him. The Mormon leadership bought it immediately for $40,000. Though this was an odd story Hofmann knew they were hiding stranger things than this concerning Smith. This crazy, alternate telling of the tale was the sort Smith was likely to make up. Thus the document had to be secretly purchased and kept out of sight. One of the duties of being president of the Mormon Church is to cover the truth so all can be held together. The less of Smith’s behavior you have to explain the better. Even though these were forgeries it is an indictment on the ones who bought them to squirrel them away in the shadows of a vault. The point is: they believed the documents were real. Behind a façade of confidence they know they have something to worry about. They cannot rest easy on the book written by Joseph Smith because that message did not come from God. The Book of Mormon is a forgery and tell-tale events rise up time and again proving it to be just that.

Those who trust in God’s word know The Bible is genuine. Through thousands of years it has passed every conceivable test and is true. The Bible has no mistakes. The behavior of Christ does not have to be concealed in shame. Nothing can stop the word of God. Rest in it. Have faith in it.

Psalm 37:7 Rest in the LORD, and wait patiently for Him…