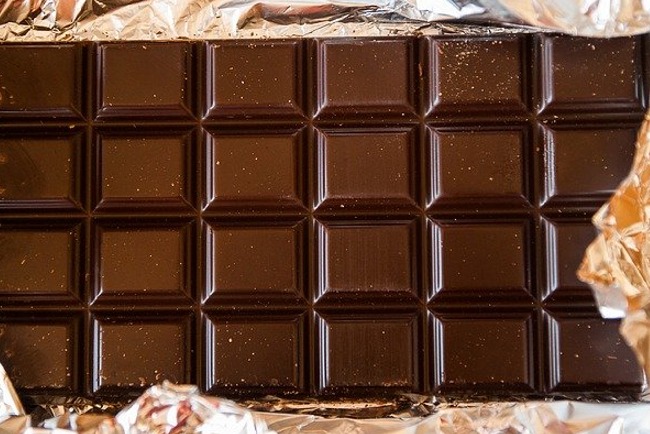 How do you explain chocolate to someone who has never tasted chocolate? It has such unique qualities that it is certainly not enough to say it is a food or a candy. One could describe chocolate by way of taste such as earthy, sweet and bitter, then by way of texture such as smooth and velvety. One could also continue with other descriptive words like luxurious, comforting, rich and exotic. All of these words help by working together, but still something is lacking. How do you describe a new concept or object which has never been seen, understood or experienced by someone else? The best one could do is to make comparisons. You take something they understand and use that to make a comparison to the new. The two objects may only have one thing in common so you must narrow the comparison exclusively to that one trait. Chocolate is as bold as coffee. Then you have to find the next things to compare it to: Chocolate is as luscious as cream and melts like butter. On the packaging of some of the more expensive chocolate the makers use phrases such as, hints of this, undertones of that, with notes and aromas of something else. While explaining chocolate to the uninitiated is a difficult thing to do, there are concepts far more complex and of greater importance.

We live in an age two thousand years after the establishing of the church. So it is not a new concept for some, but in the first century it was new to everyone. How do you prepare a people for the kingdom of heaven who either have no idea what it is or who by assumptions have come to the wrong idea. Christ had three and a half years to get people ready so they could enter into it, spread it across the earth, be leaders in it, and keep it pure. He had to prepare them for the fact that the kingdom would come in their lifetime and be “present with power” (Mark 9:1) but He would not be in their sight. He was to rule from heaven. How do you teach people those concepts? He had help from centuries of prep done by the Holy Spirit working through the prophets of the Old Testament and then finally through John the Baptist. The final step of instructing before the kingdom arrived was the direct teaching of Christ. How did He do it? How do you describe to people something that has never existed on the earth before? He spoke of who would be in it (John 3:3), who would not be in it (Matthew 5:20) and who was trying to keep others out of it (Matthew 23:13). He spoke of the character necessary for its citizenship (Matthew 5:3-16). He used examples of behavior (Luke 18:16-17). He used John the Baptist as a benchmark (Matthew 11:11) by stating that, He who is least in the kingdom of God is greater than he.  Jesus then employs parables.

Jesus takes a familiar object or situation as a means to describe the unknown. Herein He prepares us for something never seen before or experienced by man. There are eleven parables in Matthew that begin with the words, “The kingdom of heaven is like.” It is like a merchant, a hidden treasure, a field, and a net bringing in fish. It is also like a householder, a king settling accounts, and a landowner looking for workers. Each describes a different aspect of the kingdom in ways we can comprehend. There is no one thing comparable in every detail with the kingdom so the goal of each parable is to explain one or perhaps a few characteristics. No one parable carries enough information to make the others useless or even redundant. Every parable brings a unique quality and a necessary piece to the puzzle. Metaphorical language is a powerful tool especially when used in this way. All the pieces from each parable must be placed together to get a growing and detailed picture of what is being described. The Bible uses it so skillfully that Christ could ascend into heaven ten days before His kingdom began. The apostles still had questions but when the kingdom arrived they recognized it immediately.